This is my opinion from what I saw 10 years in the business. No I didn’t lease to dead people like I talked about in my sales years video. 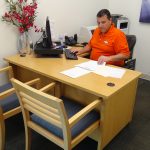 Leases where started in the nineties to confuse consumers and allow dealerships to hide more profit, why else would they need different terms to describe similar terms of a finance. But today’s leases have improved. They still take research and getting your questions answered before you sign.

In the old days dealerships like to confuse you with strange lease terms, “half a car plan, only pay for what you use plan.”  They needed a new strategy since laws were passed to put stickers (Maroney) on the retail price of vehicles. Can you imagine what it was like in the pre-seventies when the public didn’t have a clue what cars and trucks cost. Quite the battle, buying back then. As a broker with AAA, I worked with many dealerships in Colorado. I know two of them that made their own retail MSRP window stickers (Maroney) clear into the nineties. So leasing was invented to hide more money, the deals varied, early on sales would ask for more down and take a trade, the more money involved, the harder to understand where it went. mostly going to profit 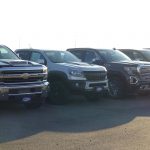 Some leases are good, and they are better now 25 years later. Thanks to the internet and consumer laws. Residual value is the biggest factor in a lease payment.  As you are picking a vehicle, ask the dealer finance department what the residual is on the vehicle you’re shopping for. It’s important as the future predicted value from the lease company. They can tell you that. This is typically either stated as a fixed dollar amount in your lease agreement or will be determined by the vehicle’s fair market value in a used-car guidebook, which you don’t want to go that way.  The first year of a model has a better residual (resale value) like the Ford Expedition in 1997, had a 70% residual which makes a smaller payment. The residual is calculated by the lease company’s guess with trends of future value. I leased the first year of the Ford Fusion car, 2006. Got a great lease payment, but it was a 12k mile lease and I went over on the miles. The mileage penalty was high, I ended up buying it at the end of the lease and then traded it in on another Fusion. Not my best deal, but it came down to payment.

Next in importance is the “cost of money factor”  similar to interest, may include use tax and miscellaneous fees.  Find out what the fees are. Ask about Disposition fee, kind of like Dealer Handling fee, mostly bogus, some dealers will negotiate on this. Cost of money factor, get your calculator. 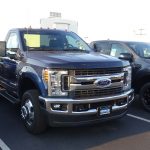 A lease can protect you if it’s a new gadget year like Ram’s E-Torque. Don’t know if good or bad, but it’s new and we don’t know how the public will buy it. Lease protects you from bad future resale that’s hard to predict. Think about Fords 6.0L diesel back in 2003, that would be a good lease because you could have walked away at the end of the lease. I got caught in that. I had a 2006 F250 with the 6.0L diesel, that I bought, it took a long time to sale for less than it was worth.  Or a Chevy 6.2L truck diesels. In this decade think about the VW diesels and Ram diesels that were sued by the EPA. A lease could help you not have a terrible resale value.

Most leases need better credit. I had to decide on my new truck, to lease or buy. Getting financed for 0% interest for 6 years made the choice and the tax write off in one year. Do your own credit research with your bank, your credit union, see what leases they offer. 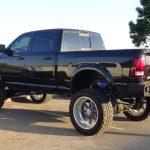 Acquisition and lease-end disposition fees, the leasing company charges this to cover the costs of reconditioning the vehicle after you return it at the end of the lease, sometimes negotiable. Short term leasing not for diesels, as you don’t drive it long enough to pay for the extra cost of the diesel engine with fuel mileage unless residual is unusually high.

Get 15k miles a year at least, if you put on more miles and you turn in car at the end, you pay extra per mile. Shorter mile per year term leases are a smaller payment but can bite you at the end of the term I had two leases and I always went over the miles so instead of paying the extra for the miles and turning in the lease, I bought it for the residual value at the lease end. Of course with more miles, means worn out tires which can cost you.

In my 10 years of selling, hundreds of trucks were leases. If you trade often, a lease could be advantageous. If you only want a payment and not repairs, you can match the years of the lease to the trucks warranty years. Many companies lease and write off the lease as business expense. But you can write off a truck at 6000 lb GVW in one year too if you own the business. 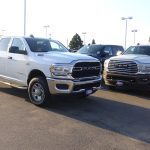 I’ve sold crew cab diesels to customers that bought their truck at the end of the lease and sold it for profit. In some cases, you can shop around at the end of your lease and see what similar trucks are selling for and buying out your lease may be cheaper. Purchase option, so you can plan on if you want to buy it at the end and you can finance that, But it will be a used truck and interest will be the market, most likely to be higher than on a new truck.

Returning a truck before lease term has a fee, damage to the vehicle can have a fee. Hopefully your insurance pays for that. But if your tires are worn severely that will be a fee. Compare if a lease is cheaper monthly than a finance, it can be, which is why folks lease. Finance usually has more options, as credit unions, house re-finance etc.

Gap insurance, which can be good on a lease and may be required. Leases are short 2 to 3 years you may be upside down in the first half. Gap insurance is optional add-on car insurance coverage that can help you cover the “gap” between the amount you owe on your car and its actual cash value (ACV) in the event it is totally destroyed in a car accident.

Still negotiate truck price and to some extent Cost of Money Factor (interest) you are in charge, don’t get screwed. Trade-in’s is still where dealerships hide more profit. I don’t like to trade in a vehicle on a lease, I have done it though. Bottom line, if a lease seems too complicated don’t do it. do your homework. Praise God for the internet.